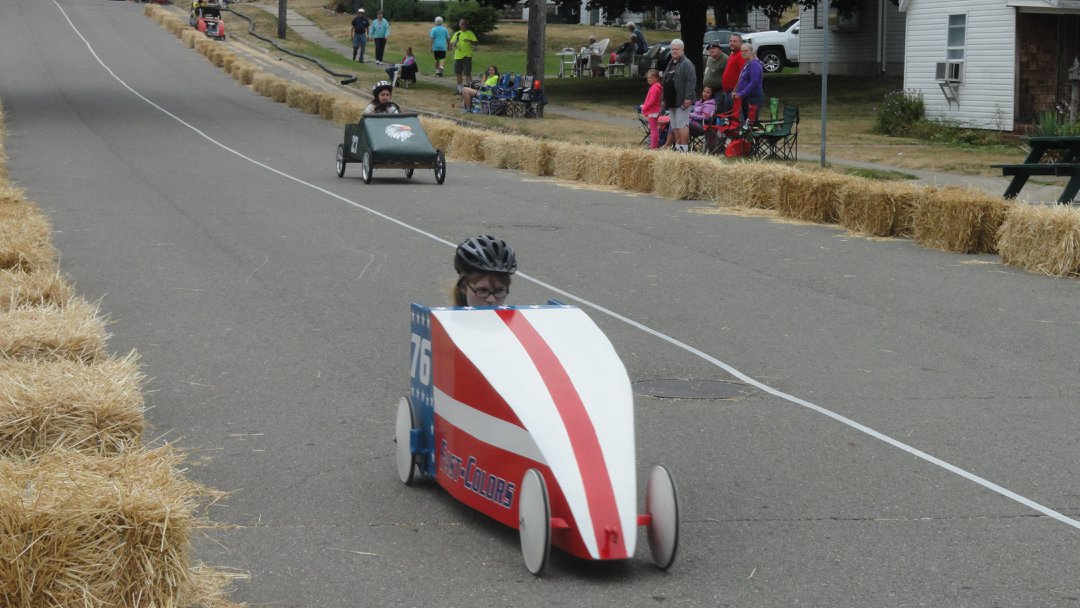 In 2011 legion members were talking about what could be done for the kids in and around Harbor Beach as an activity and also a Legion fund raiser.  Then we kind of figured all men are just little boys at heart so it was decided to allow anyone over 8 years old to have fun too, male or female. The derby itself is similar to soapbox box but, in the beginning only home built carts were allowed.  At that time soapbox wheels were not allowed, that changed last year when that rule was overturned and the wheels were allowed.  There are four groups of racers, adult(18 and older), juniors (12-17), young racers (8-11), and powder puff (women 18 and older).  The main emphasis at derby is “safety” and each year improvements are made to insure nobody gets hurt.  There is always medical staff present to provide help if needed.  Of course winning a trophy is nice too, having fun is the main objective though. The City, individual contributors, and local Merchants and Organizations along with The American Legion are the event sponsors

This year there will also be a race in Port Hope during ABC days.

Click here to down the Rules & Registration Forms for Port Hope