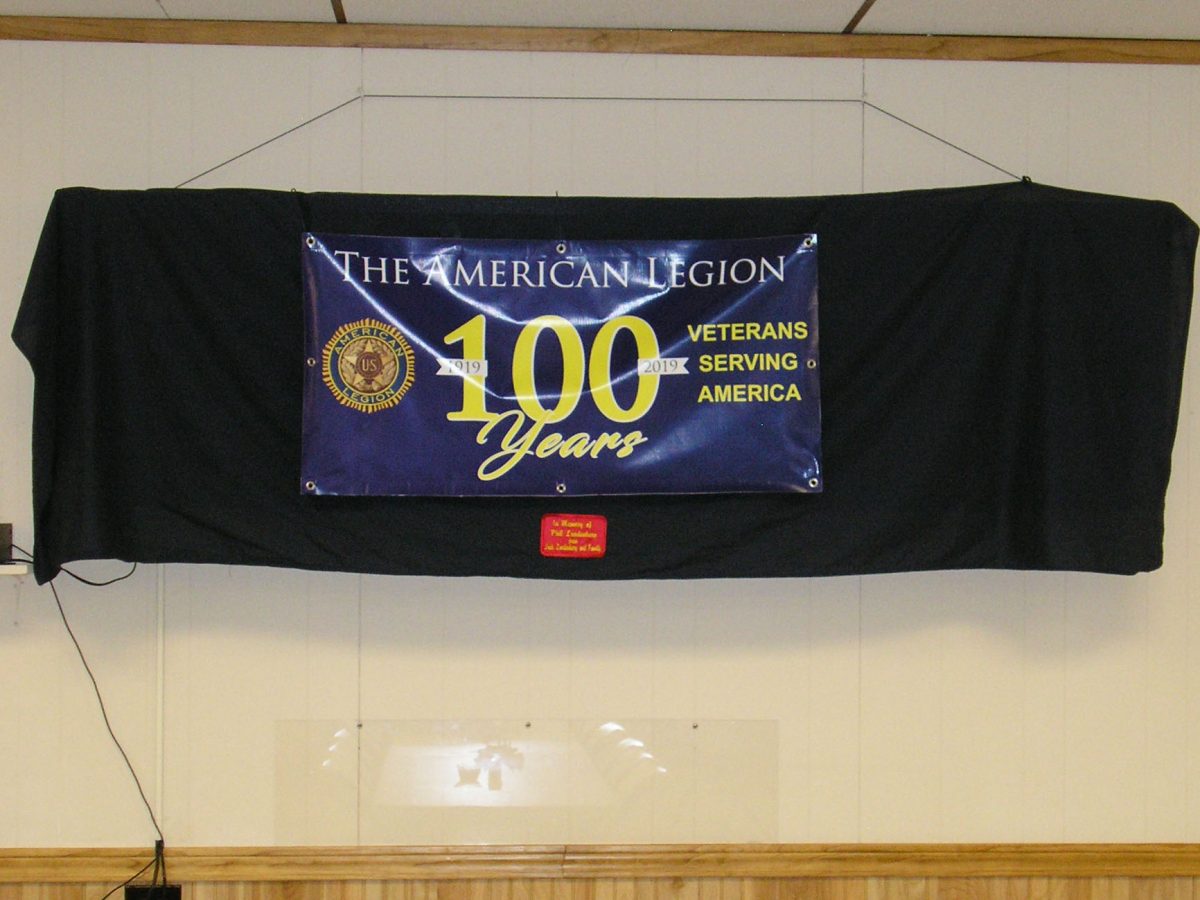 At the end of WWI in 1919 some of the soldiers coming off the battle field felt something should be done for all their fellow soldiers who didn’t make it off the field and the ones that were wounded either physically or mentally. Through their initiatives the AMERICAN LEGION was born.

Saturday, March 16th, 2019 American Legion Post 197 of Harbor Beach celebrated the 100th birthday of this great cause. Janis Stein, author and writer, was our guest speaker for the evening. She spoke of how through the years the Legion has been instrumental in getting many programs started to help veterans enjoy a better life in thanksgiving for the sacrifices they endured while serving their country.  For the first time in American Legion history a new post on a College Campus is taking shape on the University of Illinois.  That post is named in honor of Shawna Morrison, a female student who had joined the National Guard, was then deployed to Iraq and killed by a roadside bomb in 2004. The American Legion is not just men, it WELCOMES all veterans.

At our party we honored veterans with over 50 years service to the American Legion with CONTINUOUS MEMBER CERTIFICATES. Those honored were ROBERT J.WOOD 50 yrs., DAVID KRUEGER 65 yrs., and LEONARD DEFRAIN 75 yrs. We value people like these and are honored to have them as our members. Also in attendance were Former District Commander, Bill Day, and present District Commander, Lewis Mitchell.